To share your memory on the wall of Janet Butcher, sign in using one of the following options:

Janet began working at a young age at babysitting, grocery store, and during her junior and senior year of high school began attending Mayo Vocational School taking business math, typing, shorthand, and book keeping. While she attended Mayo Vocational School in 1953 and 1954, she was called at school on December 15, 1954 by First Federal Savings and Loan Association to come to work and remained there until June 24, 2011.

In the 1960's she was named Who's Who in the South and Southeast among professional women. She was also named a Kentucky Colonel in the 1950's and was a member of the Smithsonian in Washington D.C.

To my in-laws Janet says she was so proud to be apart of your family. To my many close friends so glad you was apart of my life. To my coworkers who considered me as a mommy to them, I thank you for being my friend. Also to a special co-worker: Becky Fyffe who has been like a second daughter to me and has always been there when I needed her.

To my family take care of each other and I loved you. To my daughter remember I loved you dearly. To my grandchildren stay in church and live a good christian life. You was the light of my life.

She was a christian and a member of the Highland Church of Christ. Janet says she wants to thank her church family for all their kindness and love.

Visitation is scheduled for Friday from 5 P.M. until 8 P.M. at the Preston Funeral Home and on Saturday from 9 A.M. until time of services. Funeral Services are scheduled for 12 Noon Saturday March 27, 2021 in the chapel of the Preston Funeral Home with Brian Auxier, Leo Music, JR Salyers, and Jerry Scott officiating. Interment will follow at the James McHenry Davis Cemetery at Davis Branch in Paintsville.

In lieu of flowers donations may be made to the Highland Church of Christ by contacting the Preston Funeral Home at 606-789-4212.

Per the families wishes they request everyone in attendance follow the social distancing guidelines and mask mandates set forth by the federal and state governments.
Read Less

To send flowers to the family or plant a tree in memory of Janet Ruth Butcher (Jasper), please visit our Heartfelt Sympathies Store.

We encourage you to share your most beloved memories of Janet here, so that the family and other loved ones can always see it. You can upload cherished photographs, or share your favorite stories, and can even comment on those shared by others.

Flowers were purchased for the family of Janet Butcher. Send Flowers

Posted Mar 25, 2021 at 01:51pm
To Teri, Ben, and Jillian. With heartfelt condolences. From: Randy and Janet Brockwell, Tim and Saundra Francis, and Robin and Nancy Wright

Flowers were purchased and a memorial tree planted for the family of Janet Butcher. Send Flowers 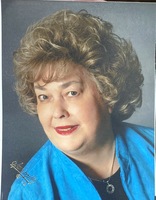