To share your memory on the wall of James Smith, sign in using one of the following options:

In accordance with the requirements set forth by the Governor of Kentucky the funeral for Mr. Smith will be private for family only. By order of the Governor only 25 will be allowed to attend.
Read Less

To send flowers to the family or plant a tree in memory of James Albert "CatTail" Smith, please visit our Heartfelt Sympathies Store.

We encourage you to share your most beloved memories of James here, so that the family and other loved ones can always see it. You can upload cherished photographs, or share your favorite stories, and can even comment on those shared by others.

Posted Nov 18, 2020 at 07:36pm
Haven't seen "Cat Tail" in years, but I remember him well. When I was just a kid, he and our neighbor Tommy ( Tucker) Howard played football at P.H.S. Prayers and peace wishes for the family. Don McFaddin Nippa, Ky.
Comment Share
Share via: 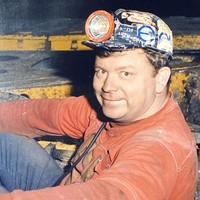