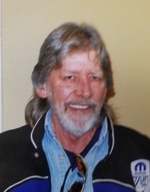 Michael K. Bundren, 67, passed away on October 31, 2020 at his home in East Point after a prolonged illness.
Mike was preceded in death by his wife, Christine; grandparents, Hershel and Ethel Weddington; parents, R.B. and Opal Bundren; sister, Terry Bundren and he was also preceded in death by his special aunt who was a champion and a proud supporter of him Lorettta Weddington.

Mike is also survived by extended family members, Kim and Kristie Spears of East Point; Cathy and Tyler Salyer of Prestonsburg; Sharon and James Castle of Paintsville and Jamie and Janie Flint of Indiana as well as several adopted grandchildren.

Mike graduated as Valedictorian of his class from Johnson Central High School. He worked many years operating heavy equipment in surface mining operations with various mining companies in the area. He was an avid supporter of the Kentucky Wildcats, especially the basketball team and enjoyed attending NHRA drag racing events and car shows.

All rights reserved. This obituary is also archived at obittree.com